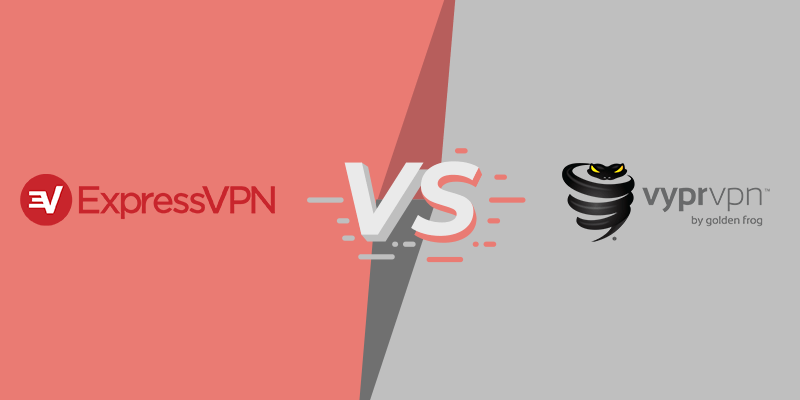 Are you ready to compare ExpressVPN against VyprVPN? Really? You might be thinking we are comparing a nuclear warhead against a knife. However, you might be surprised with VyprVPN features that are as rock-solid as ExpressVPN. The chameleon feature of VyprVPN and easy access in China are a few major features that is helping VyprVPN gain traction in the VPN industry.

Always remember this single rule of thumb for testing a VPN: More servers! High-end security! Seamless services! These features can build or tarnish reputations. This is the reason why many VPN providers are competing on these feature-specific levels. Let us now take a long dive into an in-depth review and compare both ExpressVPN and VyprVPN.

ExpressVPN vs VyprVPN: The Real Showdown

The winner is ExpressVPN! Because of:

Here is a quick summary about the features of ExpressVPN and VyprVPN!

Every single VPN provider is ramping up its no-Log policy especially after the leak scandal back in 2018. And both ExpressVPN and VyprVPN don’t store any type of customer logs and have faster server connections. But the main comparison boils down to the number of servers and which provider offers buffer-free streaming.

VyprVPN has changed its user interface over the years by making a few major changes on the primary menu. Also, VyprVPN follows a strict no-log policy and their logs are protected by Switzerland’s privacy laws. ExpressVPN has jurisdiction in British Virgin Islands which is a part of UK’s territory but still it protects user logs.

ExpressVPN is miles ahead of VyprVPN in terms of internet speed and available servers. Also, ExpressVPN is one of the very few VPN service providers that bypasses China’s Great Firewall and unblocks the internet. But with no-logs policy and low discounted deals, VyprVPN is quickly catching up to ExpressVPN.

You have to choose VyprVPN premium plan to connect up to 5 simultaneous connections and use Chameleon feature. ExpressVPN is truly expensive but it also offers great features and access to many geo-restricted websites. However, you can use ExpressVPN for the first three months for free if you choose 15-month pricing plan.

VyprVPN is dirt cheap and you can save money if you are selecting its 2-year plan. Although ExpressVPN and VyprVPN have a similar monthly pricing plan, both of them differs slightly when it comes to offering discounted deals. Definitely, VyprVPN is a low-cost VPN provider because it has fewer servers and low internet speed.

Both ExpressVPN and VyprVPN offer seamless payment plans. ExpressVPN is a step ahead in providing more payment options which includes Bitcoin and other cryptocurrency. If you are comfortable using credit cards or PayPal then you can use either of them. But when it comes to refund policies, it is better to go for PayPal.

However, you don’t have to worry about getting your money back. VPN users can quickly get their money back after a free trial if they are not satisfied with the services. 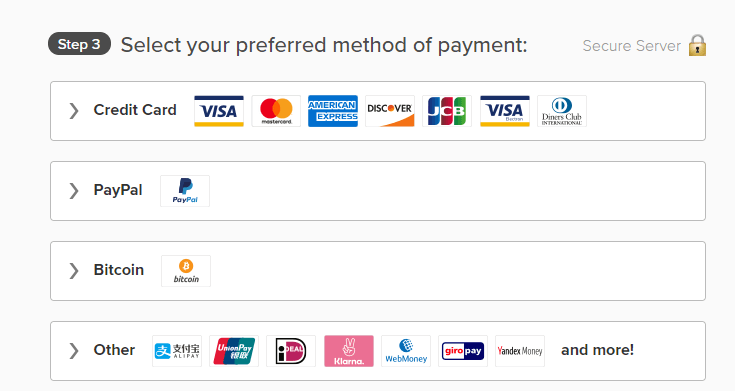 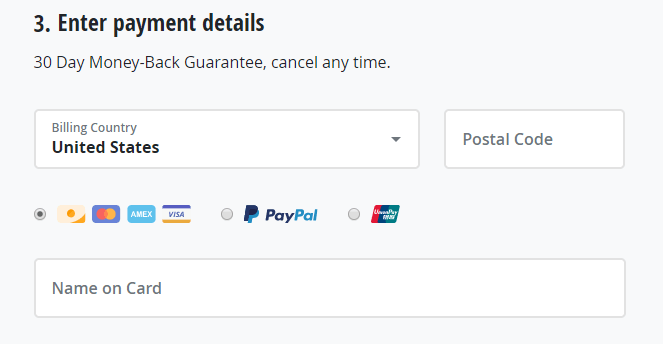 ExpressVPN and VyprVPN offers a 30-day money back guarantee and will give you a full refund after the free trial in case you need it. The only difference between their privacy policies is that VyprVPN store logs during its free trial period. And ExpressVPN is squeaky clean from the start because it doesn’t store user logs even during the free trial.

However, VyprVPN doesn’t store logs or user data once users are done with a free trial. This can be annoying for some VPN users because they expect the providers to fulfill its pledge by following a no-log policy. But VyprVPN does store user data as well as the servers you are using and timestamps during the free trial.

Chameleon feature is a proprietary protocol of VyprVPN that spoofs your online footprint and hides IP address effectively. The best part about Chameleon feature is that it enhances OpenVPN tunneling protocols and disguises your internet traffic. Moreover, VyprVPN is considered one of the best VPN providers that works in China. VyprVPN’s NAT firewall is another great feature that can encrypt your internet traffic and boosts internet speed.

ExpressVPN also use high-end tunneling protocols to protect device data. We ran DNS leak detection tests to check ExpressVPN and it can successfully hide IP address and connect your device to secure servers too. With the help of AES-156 encryption protocol, ExpressVPN can keep your private data safe.

Even though Netflix is restricting access to VPN providers, both ExpressVPN and VyprVPN can easily bypass Netflix-blocks. You can access multiple Netflix libraries by using either ExpressVPN or VyprVPN because they provide available servers. ExpressVPN is a better choice for streaming geo-restricted Netflix libraries as VyprVPN has only 8 working servers to unblock Netflix.

Furthermore, VyprVPN claims to unblock Hulu but is not actually working. VyprVPN’s support representatives told us that Netflix and Hulu are working when we asked them about unblocking websites using their live chat support. However, sometimes due to server problems and connection errors, VyprVPN might not unblock Hulu.

If you are looking for a reliable VPN for torrent downloads then ExpressVPN is the best choice. Even though VyprVPN offers P2P servers and Chameleon feature, ExpressVPN performs better in hiding IP address and improving downloading speed. ExpressVPN is air tight with their security protocols. Moreover, VyprVPN might suspend your account if they learn that you are downloading copyrighted content.

This is the reason why ExpressVPN is a better option when it comes to staying anonymous and download torrents. Always remember that downloading pirated content is illegal in many countries and you might have to pay fine or serve jail time if you are ever caught. So it is better to make a clever choice and pick a torrent-friendly VPN.

Both ExpressVPN and VyprVPN can unblock Netflix because of more servers and reliable internet speed. VyprVPN uses Chameleon feature and high-grade servers to bypass country-specific Netflix restrictions. ExpressVPN is better for regular Netflix streamers because it is using the latest encryption protocols and offering more than 5000 servers.

Chinese government can detect internet traffic of anyone who is using a VPN. So it is important that you must use a VPN with specific features like an internet kill switch option or AES-256 encryption. Both VyprVPN and ExpressVPN are registered to provide their services in China. This is the reason why both VyprVPN and ExpressVPN can bypass heavily restricted websites from anywhere in China.

Even with China’s VPN blocks, both ExpressVPN and VyprVPN can bypass country-banned restrictions. ExpressVPN has servers all around the world, which includes China, and they provide quick access to blocked websites. Like ExpressVPN, VyprVPN can also evade past China’s Great Firewall and can help you unblock region-specific websites.

VyprVPN uses its Chameleon feature to crack through China’s Great Firewall and can unblock Netflix, WhatsApp, or Google. VyprVPN is exceptional in masking OpenVPN protocols to unblock Chinese VPN blocks. So both VyprVPN and ExpressVPN are reliable and can access geo-restricted websites in China.

As a platform-enabled VPN provider, VyprVPN has a similar UI on all supported devices. Like most VPN providers, VyprVPN is also embracing a minimal user interface strategy for customer’s ease. You can use specific country servers and Settings options right on the primary menu. Moreover, you can customize advanced options on VyprVPN as well as choose encryption protocols or Chameleon feature.

ExpressVPN has a visually appealing user interface and you won’t face any problem with navigation, even if you are using it for the first time. By keeping an overly minimal user interface with a large button, ExpressVPN is winning customers. ExpressVPN is sweating hard to becoming as customer-centric as possible. This is the reason why ExpressVPN has included all essential features on the primary menu. 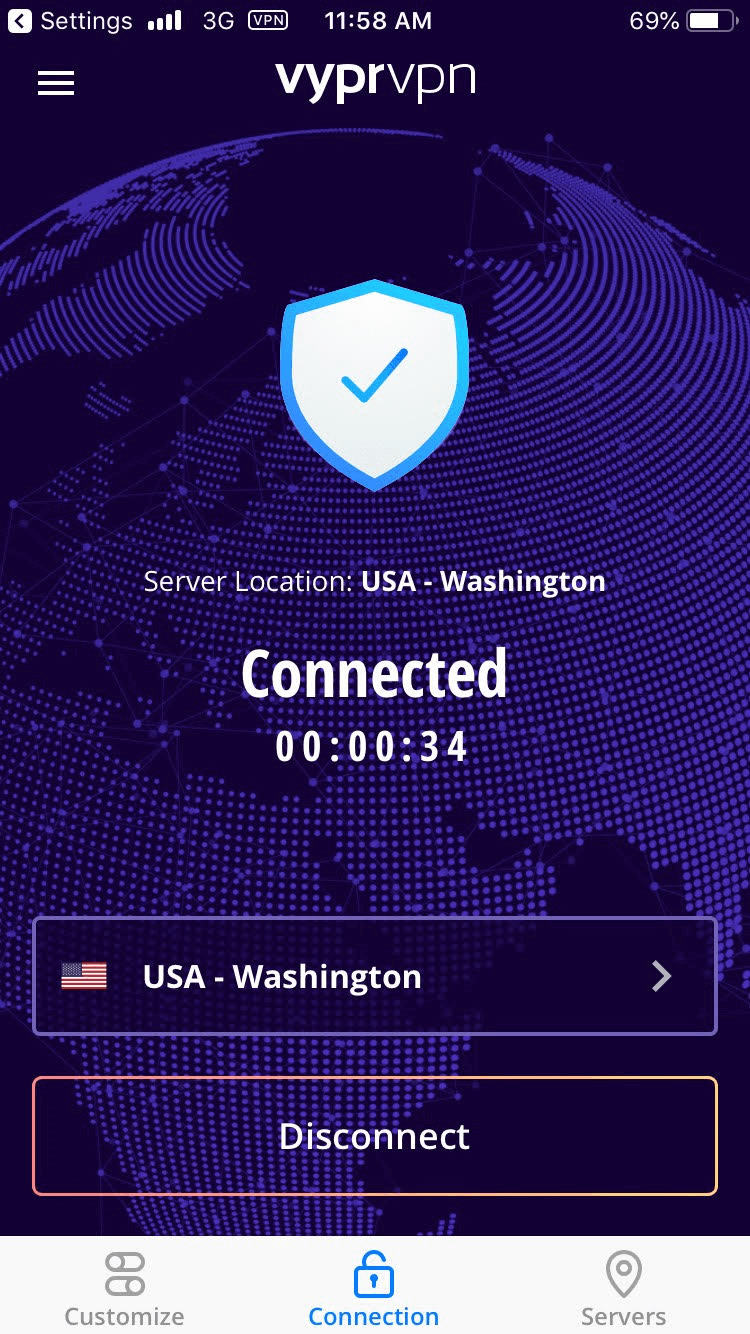 ExpressVPN is one of the leading VPN providers because it offers reliable servers that works across many countries. Although you might argue about ExpressVPN’s pricing plans but you are actually paying for its enterprise-grade features and available servers. Whereas VyprVPN has fewer servers than ExpressVPN which are not enough to getting all access to Netflix libraries.

VyprVPN is working tirelessly hard on boosting its security features even though they have limited servers available. If you still remember our general rule of thumb then you must realize that ExpressVPN has already crushed VyprVPN by providing 3000 servers. Also, ExpressVPN offers greater internet speed which is important especially for torrent downloads and streaming.

In terms of speed and servers, VyprVPN cannot compete with ExpressVPN.

VyprVPN was audited by a third-party security company back in 2018 and it has become the first publicly-audited no-log VPN Company. And the best part is VyprVPN is in Switzerland where data retention laws and privacy is a high priority. Also, VyprVPN uses major tunneling protocols like OpenVPN, PPTP, L2TP, and IPSec to protect your personal information.

ExpressVPN is also a flag bearer of high-end security and streaming servers. ExpressVPN ensures that it loads the same code whenever you restart a server with the help of it Trusted Server. PWC (PrivewaterhouseCoopers) has already audited ExpressVPN servers. Also, ExpressVPN doesn’t store data on hard drive that protects user data and prevent anyone from intruding into your device.

As both ExpressVPN and VyprVPN is accredited by a third-party and offer top security protocols, it is hard to choose a single winner. Furthermore, ExpressVPN and VyprVPN use a no-logs policy after you are subscribed to their services. But the only downside is VyprVPN can keep user logs during its free trial.

Check the pictures down below. We asked similar questions to both ExpressVPN and VyprVPN about blocked Netflix libraries and other services. Their support representatives responded accordingly and also shared relevant guides to help us learn more about the problem. This is the reason why there is no clear winner because ExpressVPN and VyprVPN are leveled head to head when it comes to customer support.

Furthermore, ExpressVPN performs spectacularly great with their onboarding process. ExpressVPN has shared dedicated videos to help first-time users with installation whether it is a mobile app or chrome extension. And ExpressVPN has made onboarding super easy for everyone. VyprVPN however is lacking greatly in customer support services.

In this comparison, you might have learn many jaw-dropping facts about VyprVPN and how their services are improving over time. VyprVPN is really going forward in the right direction by using its Chameleon feature and encryption protocols. But there were a few chinks in the armor of VyprVPN which includes storing user logs during the free trial, fewer servers, and limited access to Netflix libraries.

But ExpressVPN is a beast when it comes to breaking pass heavy restrictions, offering dedicated servers, and helping users browse the internet safely. ExpressVPN has muscled its way through the top by using high-end encryption protocols and offering access in China as well as other countries that block VPN providers.

ExpressVPN is providing feature-rich and customer-centric services. This is the reason why it is a leader in the VPN industry. With high-end servers, zero-log policy, and easy-to-use features, ExpressVPN is a ruthlessly efficient VPN provider.